Ok, I would love to have a fatty knees. But there are none here in the caribbean or even conveniently located in the states. so I am considering other options. i may be able to get my hands on an 8’ Dyer. Any opinions?

I did this because the dinghy becomes a Life Boat , instead of keeping a Life Raft on board .

If I couldn’t get a Fatty Nees , I would consider a nesting , stitch n glue kit dinghy from , PT Eleven Nesting Dinghy home page, or something similar .

If I wanted an inflatable , would probably choose a Tinker Tramp .

There’s a Cherub for sale on Yachtworld (Integrity Yacht Sales) which appears to be located in Deale, MD. The advertisement gives much information regarding the Cherub that I was unaware of, so if nothing else it makes for some interesting reading.

Thanks for the heads up, traveler. A nice find.

Among a few things I could add are:

Here’s a picture of a brand new Cherub that I saw at Cape George a few years ago. I didn’t ask the price as I already had one…

Are you happy with your Cherub? I recall a number of years ago someone had posted a message regarding the Cherub, in which they had a list of complaints regarding the quality of the construction. I don’t recall all the specifics, but I do recall one of the complaints being that the screws used in its assembly were causing rust stains.

I am asking because I would eventually like to get a Cherub, as I have not found any dinghy that I can carry onboard given the configuration of my dodger. 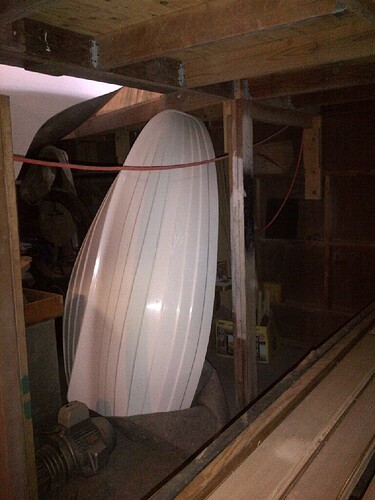 I’m thinking of purchasing a 2 or 3 HP outboard for my Cherub - any suggestions or words of wisdom?

Yes, we’re happy with our Cherub.

We don’t have the sailing option (i.e. no mast, sail, rudder & tiller, or dagger board) and when we took delivery in 2000, the teak strake shown in the yachtworld.com picture had been discontinued by Sam L Morse Co and replaced with an all-around fabric-covered fender strip.

I’ve not seen any problems with rusty screws (our Cherub has screws fixing that fabric-covered fender strip; the only other fixings that come to mind are the thru-bolts holding on the towing eye and the sacrificial outboard plate, and the thru-bolts that hold the thwarts (seats) in place).

I’ve forgotten if the sacrificial outboard plate (in our case a thin board of teak on the outside of the transom to take chafe from the outboard engine) came from the factory or if I added it. I think I’ve replaced that teak plate once or twice.

The only modification I wish I had made would have been a notch for sculling and the addition of a suitable sculling oar. But then the Cherub, although stable, is a small dinghy and I’m not sure I would be comfortable standing up to scull (i.e. I think my center of gravity would be a tad high, but then I don’t like heights and send the cook up the mast instead of going up myself).

I have fallen into the habit of not fixing the thwarts: instead of running the nuts up the bolts that hold the thwarts to the hull, I just drop the bolts through without nuts, so the bolts locate the thwarts but do nothing else. That’s a technique that Sumio taught me. It means easy and fast transition from dinghy-on-BCC to dinghy in motion. But I know that if I capsize the Cherub, I might lose a thwart or two. Hasn’t happened yet.

We usually use one thwart (if one of us is rowing) or none (if using the outboard). The standard Cherub comes with two thwarts and holes for rowlocks so it can be rowed from either thwart.

The thwarts are a minor hassle to store. I’ve done everything from cockpit locker, cabin sole, and sail bin. I’m not certain why we still carry both thwarts. I think I should store one on shore and only keep the one we use most often as a rowing seat.

I rowed our Cherub for her first 6 years. It was only when we anchored in Torres Strait (between the NE tip of Australia and New Guinea) that we decided to buy an outboard. That’s because the current in Torres Strait can run at 7 knots and one one trip ashore I sweated at the oars after missing at my first landing attempt (without hard rowing, we may have been headed much further East than we’d planned).

Of course, a sculling oar is more efficient than conventional two-oar rowing. That’s at least in part because the blade of the scull is in the water all the time, while the blades of conventional oars are only in the water during the pull stroke. Fast panic rowing, of the sort that worked for us in Torres Strait, does the job, but you cannot do it for long.

As the person who often pushes off from the shore, I have several times thought about making or buying a prop guard to protect my legs (i.e. I don’t trust auto/centrifugal clutches and don’t like a prop near my legs). I know at least one Honda 2 hp with a dead clutch (but everything else was good).

The plastic prop needs protection from chafe. We store the outboard in the lazarette. I took an old fender, a pneumatic or inflatable fender that had developed a leak. Cut the top off the fender so the leg of the outboard fits into that, thus minimizing chafe between the prop and the lazarette. The Honda engine has to be kept higher than the leg and with the oil reservoir highest, so the engine sits on top of the laundry basket into which the stern anchor rode (a nylon warp) is flaked.

Does anyone know if the 8’ will fit. I don’t use a dodger. 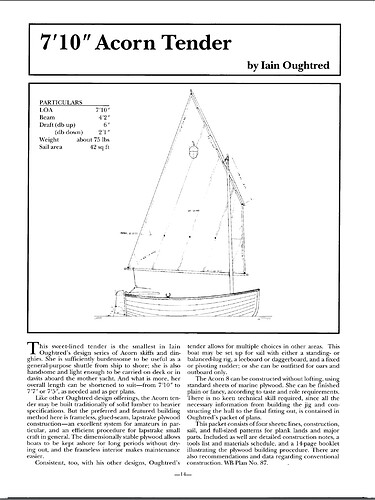 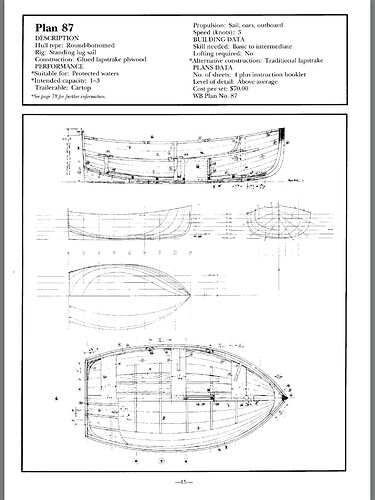 Thank you for your thoughts regarding your Honda outboard…they are most helpful! I originally wasn’t planning on using an outboard - but I now think it prudent to have that option available when cruising. I’ll probably go with the same type/size Honda that has performed so well for you over the years.

Not long back from my latest jaunt on the high seas, so here is one small tip re the Honda. Following on from my best friend dropping my honda overboard after a night passage we had some issues with idling. Between the jigs and the reels there is an idle jet inside the carburettor. You take it all apart and there are four star headed screws that allow access to the guts. Inside there is a plastic jet which can be pulled out with a pair of fine nosed pliers, cleaned reinserted and that baby then purrs like a kitten. It was a days work and investigation to get to the bottom of this.

Thanks for the tip Stewart!

Ahoy Gary , my BCC was fitted with a 7’ Fatty Knees and factory installed cabin top chocks . This has worked well for my needs , but I also carry and use a 12’ 3 piece sit on top kayak as a first choice shore boat .

Stewart , Lang has a Honda 2 HP air cooled 4 stroke too , but had the problem of fuel system drying out in storage and plugging up that internal jet , as well , so Thanks for your info on that .

Sorry Gary , I don’t know if the 8’ Fatty Knees will fit on a BCC cabin top .

Ok, bit the bullet and bought a 7’ FK. Now to fix her up a bit. The only real reason I couldn’t fit the 8’ was the height of the boom. God I wish Sam had raised that boom just 6-8". Then you could have an 8’ FK and be able to stand under a bimini off the gallows.