Hi All,
In several mounts we will be sailing from Maryland to Florida for the winter. Probably Key West. Later and ?Neptun willing? to Panama Canal and beyond. Ceryan?s most important destination will be Bora Bora. And eventually my hometown ?nye on the Turkish Black Sea coast, 30 miles west of Cape Jason (of the Argonauts, Yason Burnu in Turkish) close to ancient Colchis.
On two vital issues I need your advice. One is the chart plotter. Garmin, Raymarine or Lowrance. I heard positive and negative comments and very strong ones about all three of them. My budget is $1000 max. The other question is SSB radio versus Iridium satellite phone. I was planning to go with the phone (Iridium 9575 Extreme with GPS Tracking) but a sailing friend who is also an electrical engineer suggested that I will be much better off with the SSB. Sail-mail, grip files etc. If you consider Iridium?s annual and monthly fees long term expense is really not that different.
Next week my friend will visit the boat and suggest a wind generator (He likes KISS) and solar panels…
As always your input will be greatly appreciated.
Mehmet 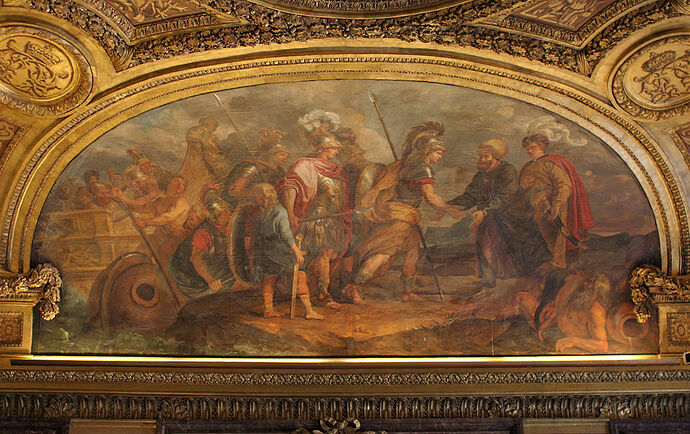 Why not also take a look at the Navionics charts that can be used with a 3G iPad? I just bought the package that covers Australasia to India for about 80 dollars, so if you have an iPad or are thinking of getting one that becomes more interesting already? A friend of mine recently went across the Indian Ocean from Malaysia to Madagscar and said it works great (and the yacht had loads of other equipment as it is a big charter yacht).

Mark
It is a very good idea. I was thinking tablet option as a back up. However if I am not wrong iPad does not have neither a dedicated GPS chip nor USB port.
My neighbor at the marina is getting a SSB radio, packet modem and an automatic antenna tuner. But with installation cost and other expenses piling up I think he has second thoughts about it.
In May while we were sailing to England (ahem…) a rouge wave hit and soaked the display panels in the cockpit. Raymarine depth gauge and wind speed indicator stopped working. In Horta we had to wait three days for Raymarine technician and pay (luckily not me) hundreds of Euros to get it fixed. On the way Icom trans-receiver also stopped working and we lost sail-mail and weather reports. We used the skipper’s Inmarsat satellite phone to check the weather. He said if he knew better he would have bought an Iridium. The water maker quit working too.
Both in Bermuda and in Horta there were dozens of sailboats waiting for service and parts.
As far as maintenance and simplicity is concerned satellite phone seems to be a better choice. Let’s see what our friends have to say.
I know what Lin and Larry Pardey would say.
Mehmet

Mehmet,
I think it’s great that you got some offshore experience before taking off on your BIG TRIP! I don’t think there’s any best single answer to your questions because how different folks cruise varies so much. The choice of equipment keeps changing and improving (?), luring us into spending more money.

During our 14 yrs of south Pacific cruising (93-08), we didn’t have a sat phone, but did have a ham radio and after about '98, pactor email. We think a SSB radio is a wonderful addition to the cruiser’s gear. Over the years, we participated in many useful and entertaining nets across the Pacific. We never had an emergency that needed a sat phone, but of course it would have been nice to have one, just in case. Even if you decide against the pactor/sailmail part of it, you could find the transceiver very useful.

Being a ham, I installed our radio and also the pactor setup, and that saved a bundle. Anyone can do it who’s willing to do some reading and follow directions–it’s not rocket science. As you mention, electronic gear can fail in marine environments, and that includes sat phones, radios, computers, etc! Connections outside are especially vulnerable. It’s a good idea to know how to use your sextant, just in case. In 1989, our ‘cheap’ sat nav (it was only about $1000, compared to previous $3000 models) failed just before we departed Mexico for F. Polynesia, and we were glad we had the sextant experience to get us safely to the Marquesas. The sat nav started working again so we used it through FP to HA and back to Seattle.

Buying used ssb/pactor gear could save you some money, although you would want to be choosy. Some folks will be upgrading to Pactor 4 and selling their older Pactor modems (they’re incompatable).

Hi Dan,
Thank you very much for the info. I do have a bigger question though. If you could re do your incredible cruise of Polynesia what would you have done differently? Boat being the same…
Let’s say you were Master Po and I was young Shaolin monk Kwai Chang Caine (From Kung Fu TV series) what would you say to young monk?

Ps. As someone who worked 30 years in radio broadcasting (VOA) I have tendency to mix BCC with BBC. Sorry…

Mehmet,
What would we have done differently? I can’t think of much, but maybe that’s due to a lack of imagination?? Maybe we had such a wonderful time, that it couldn’t be topped?? Our 88-90 trip Seattle-Mexico-FP-HA-Seattle was a test to see if we liked the cruising life enough to do an extended cruise after retirement. We did, and after we worked 2 more yrs, we left again. So we’ve cruised Mexico and FP twice and enjoyed them very much both times. There wasn’t much change in approach, atitude, gear, etc.

In those days there were fewer of the big groups travelling together than there is now. Some cruisers enjoy these big crowds but I think they don’t make it easier to interact with the locals in meaningful ways, and that’s a negative.

As for French Polynesia, the Marquesas were our favorite group. The FP (French)government pushes the cruisers out around October because of the start of the hurricane season. You have to divide your FP time between the Marquesas, the Tuamotus and the Societies. It would have been nice to have spent more time in the Marquesas. The Societies were our least favorite (and expensive) of the 3 groups.

If you’d like to read an excellent blog on S. Pacific cruising in a small boat, check out the in-progress blog of the Dana 24 at “karen and jims excellent adventure”, all run together, dot blogspot dot com. Karen does a great job of describing their experience.

I recommend that you subscribe to the Seven Seas Cruising Club bulletin, as it’s a good source for the latest info on cruising places of interest, all over the world. You can get it paper or digital form. I’ve heard that there’s been several signicant changes in FP and in Australia since we were there.

Have you decided on getting a ssb transceiver?
Dan Shaula BCC 59

Hi,
I am going to read every word of it. I am sure I will enjoy the “peppy periodical on a peripatetic perambulation under sail…” I am going yo have my wife read it too.
Yes for SSB radio. Probably an Icom. As I said I take your and other experienced sailors and cruisers advice seriously. An electrical engineer-ham operator-diesel mechanic friend (owner of Chesapeake Marine Engineering in Deale) promised to stop by and evaluate communication (spacewise) and power needs. I am going to get a generator (He recommends KISS) and couple of solar panels.
Meantime we are getting our home ready to rent.So much to do and so little time bofore sailing to BORA BORA… I also have to polish my French… It should be more than “un petit peu.” I should be at least able to call a tachnician to get SSB fixed (J’en sais rien!) or as Manuel(of Fawlty Towwrs) would say “i know nothing!.”
Thanks again…

Hmm … we don’t have a post category for CIQ matters!

Let me hasten to point out that Australian cruisers, or at least those of us who have entered Australia from foreign and suffered the torture delivered by the Australian govt, continue to try to change govt policy. But Australian democracy is no more perfect that in many other jurisdictions. For the CIQ issue, as covered by my local cruisers’ newspaper, browse: Australian Customs Report

Just a note of Thanks To Bil , and SSB Sailmail , together they saved my bacon , on a forced and hurried departure from Oz , un-prepared , with proper Indonesia CAIT permits, a 52 day passage from Bundaberg to Bali , Gee the boat was sooo light without fuel water and provisions by then .

My only problem with SSB and sailmail all across the South Pac , was that I often had to wait until after midnight to send and receive emails.

Oh , and yes I had to turn off my Apenglow flourescent lights when transmitting and receiving .

Yes , I too enjoyed Bora Bora , but gosh , that visit will be only a fraction of what will come as you wander West .

Keep expectations low , leave fear in your wake , and keep hope at the bow !