We’ve adopted a Greyhound who will spend summers with us aboard Telos. We wonder if there are any other BCC/Greyhounds out there?

No Greyhound but a Leonberger aboard Terrier 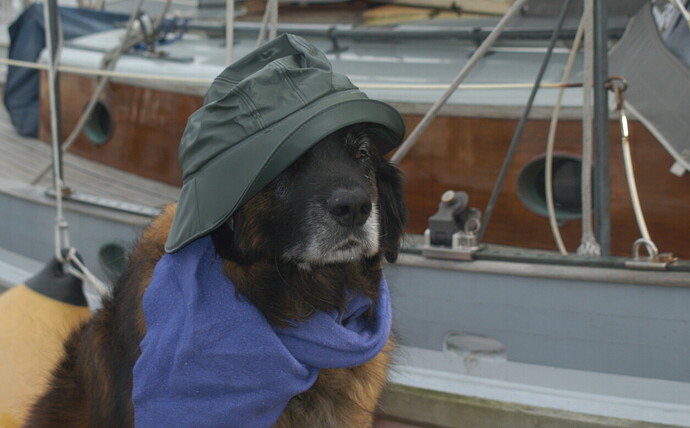 Old Salt looks like he could do the Horn a few more times. Very distinguished looking.

How does this handsome captain get up and down the companionway ladder?

She’ll put her paws two rungs down then allow me to lift her. The reverse for getting her up. She is quite adept at manuvering in close quarters and is a superb swimmer.

We have two pomeranians. They have figured out that they can jump up on the port dinette bunks, then onto the galley counter and walk around to the companionway steps. This way we’re more likely to lean in and pull them on deck. They use to just give us pleading eyes from the cabin sole, but we’ve compromised. Or they have us trained.

The cat just takes it in one leap.

This is in a Westsail. 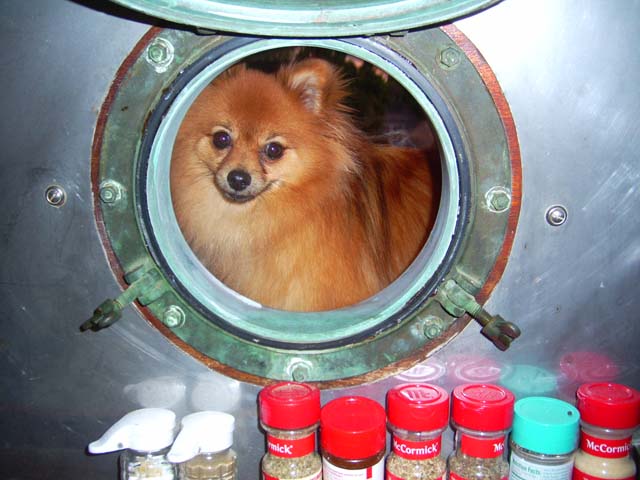