Hello,
I am thinking of replacing my 25 yr old Taylors heater, D79, with a Refleks to give me a bit more heat in the winter. The Taylors has an output of about 8200 kcal. The Refleks appear to have considerably more output potential and have similar simplicity. Anyone with experience? I have seen the Refleks mentioned by high latitude sailors, sailing much higher than my 49-50 deg! Any thoughts would be appreciated. Cheers,

Tom,
Have you ruled out a Dickinson Newport? They put out 6500 to 16,250 BTUs, and ours heats the boat on the lowest setting. We haven’t used in freezing temperatures, but I’m sure it would do the job. Do you use a fan to circulate the hot upper air down lower?
Dan BCC Shaula

Hi Dan,
I hadn’t considered Dickinson…but will. It would appear that the output would be sufficient. we do use a fan directed on the flue as well. The heater has been very reliable. The only drawback in addition to the lowish output has been the “blowouts” despite my “H” cap. The result is a pile of partially burnt diesel.

Tom,
We had “blowouts” with our previous heater, a Hi Seas made by Marine Heat here in Seattle. They’ve been gone for about 20 yrs. We haven’t used our Newport in gusty conditions so haven’t had blowouts yet. I think any vented heater that doesn’t have a ducted air intake will have the problem of a sudden increase in outside air pressure due to a gust causing the flame to be snuffed out. Of course the real problem is that the fuel re-ignights a second or so later, with a big boom!

I’m not sure what you mean by “pile of partially burnt diesel”? Maybe you mean the fumes of diesel exhaust that blast out of the furnace into the cabin with the big boom?

The Refleks PDF on their stoves mentions “cleaning tablets” that remove all the “slag” etc in the burner pot–an alternative to scraping it out with a wire brush or screw driver. A great idea. They say tablets are made of wax? I wonder if they’re available in the States or Canada?
Dan

Dan,
That diesel pile is partially burnt fuel and leftover from the flue and burner. The blowback does a nice job of cleaning the flue but leaves us with a mess in and outside. The most recent shattered our mica screen. I saw the ducted pipes on Dickinsons site as well as another type of cap that may reduce the risk with gusts. Anyway, diesel heat is great, just can be a bit fussy.

Dan and Tom,
I have both a Dickenson Antartic and Newport on my 46’ sailboat that I have lived and sailed aboard year round in New Jersey for the past 20+ years. Both put out the same BTU’s one is mounted in my main cabin the other in the aft cabin. I recently purchased a BCC with no interior and I am planning on outfitting her for my retirement years. My plans include installing a Dickenson Newport heater. I have completed two transAtlantics and a myriad of other excursions and have never had the heater get snuffed out. Twice I had blow backs that created some stink but that was all. My secret was observing the chimney on the caboose attached to a train flying down the tracks. I took some 3" stainless pipe to my local machine shop and had them fabricate my chimneys in the shape of an ‘H’ with the stack coming up into the middle of the H and I haven’t had a problem.

Regarding output of the heaters, as long as you use clean fuel with no fuel restrictions these heaters produce wonderful radiating dry heat. My schedule is to use only the heater in the main cabin until the outside temperature reaches 20 degrees. Then I fire up the heater in the aft cabin on a low setting. I have been encased in ice and snow in single digit temperatures and have never run both heaters at the highest setting simultaneously. I use just under 10 gallons U.S. per week per heater. Be sure to provide adequate ventilation. Tom G.

Do you have a photo of your “H”-shaped chimneys?

TomG, thanks for the input. I guess our blowouts have been similar to what you describe–a boom, followed by a big stink. I don’t remember having to clean up any mess.

TomW, when you say “partially burned fuel, and leftover from the flue and burner”, do you mean liquid fuel, and soot? If so, the liquid fuel sure sounds dangerous! On soot, the Dickenson manual goes into a lot detail on avoiding its buildup in the stove. I suspect that the chimmney’s placement near the boom/mainsail and/or the mast could be a factor, adding to a pressure difference between the outside and in the cabin during a strong gust? Our deck fitting is just forward of the cabin’s port corner, so the chimmney is only 2-3’ from the mast and boom.

Ellen, Dickenson sells 3 different designs of charlie nobels (caps). Ours is very similar to their H cap–a previous model I guess. They have a picture on their website (dickensonmarine.com). They expanded their Newport manual a year or so ago–it’s a PDF file on their website.

Does anyone have experience with or know the availability of the Refleks tablets that burn out the slag in the burner pot?
Dan sv Shaula

Ellen on Jolie Brise,
I will take a photo later in the week and send it to you. This is the first time I have used this forum can you tell me how to attach a photo?
TomG BCC Blackbird

See the Sticky in the list of threads “Posting images and resizing images”. If you have trouble, just ask for help.

Here are photos of my chimneys you will also notice a mushroom vent which supplies outside air, keep it clear when it snows.

Ellen,
I took 3 photos but I am not savvy enough to resize them and attach them; too lazy is probably more accurate. I looked in my camera and on my computer for the resizing program they mentioned in the stickey but I didn’t see it. I did try to attach them here but they were too big. If you send an email message to me at gilmore.t@gmc.edu I will hit reply and attach them, I know that will work.
Tom Gilmore

Hi,
There should be another thread titled “Forgetfulness” or “Negligence.”
What happens when you forget your duffel-bag, charts and chart plotter in the car? In April… If you have an iPhone you can survive…

To you the text will look like gobbledygook because (and naturally) it is in Turkish. But there are a lot of photos. 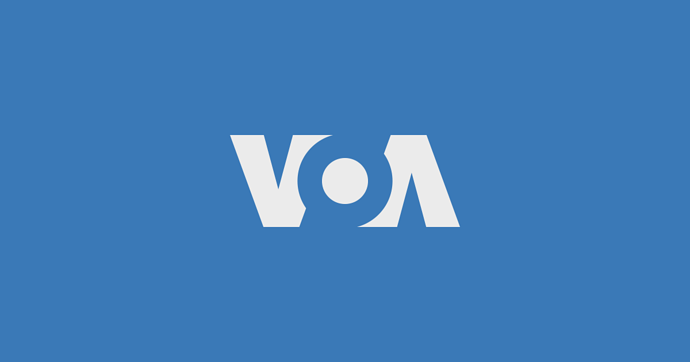 Correction. It is on the right side. The third one on Blog street.