I noticed this photo on the gallery that I believe been taken aboard Calypso. I would like to know the manufacturer of this compass to check if they are still available. It is not common to see a model with a bronze ring that looks perfect on a BCC. 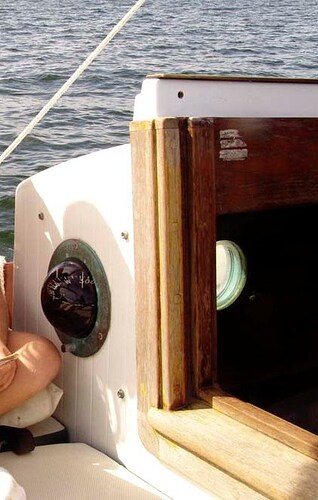 Luis,
That compass was made by Danforth, unfortunately, no longer with us. The ring was originally painted on Shaula’s (1981) compass, but the paint has slowly come off and I’m about to give it a polish and end up with a nice even verdigre.

Very nice, I hadn’t noticed that before. Good find Luis!

It?s really a pity if they are not available anymore. I must tell you that my ideal for a BCC cockpit his this photo that shows a pair of that compasses (this comes from a Mat? book). 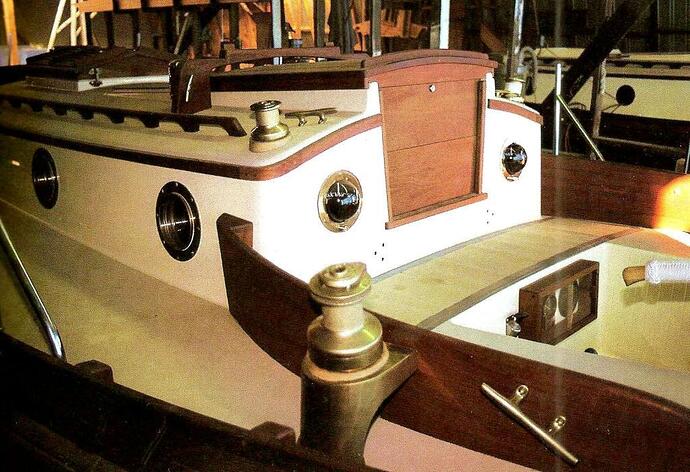 We had our Danforth Constellation checked out and refurbished in 1992 before we took off from Seattle for the S. Pacific. Our local compass/sextant repairer at Captain’s Nautical Supplies told us that he had just bought the last of the parts from them–bellows, jewels, pivot pins etc. He didn’t expect his supply would last very long. However, I see in the West Marine catalog that the Danforth Constellation is still available. Unfortunately, it’s a “flush-mount” (binnacle) model, not a “bracket-mount” model suitable for the aft side of the cabin. Both Danforth and Ritchie do have bracket-mount (or bulkhead) models but they have plastic rather than brass surrounds.

Westsail put these bronze-bodied compasses on many of their boats. Our W32 had one, and we sent it off a while back to be overhauled. Unfortunately, the original side-view cards are no longer available for Danforth compasses, so he had to put a top-view only, and he painted the bronze black. Because it’s top-read only, it makes the compass a PITA to use, so we’ve replaced it with a Richie Navigator, which although not pretty bronze, is a pleasure to read and easier to adjust.

You might try posting a “wanted” ad on the Westsail Owners Association’s web forum at www.westsail.org. There may be a few sitting on shelves that have been replaced like mine.

If you’re real smart, you may be able to fin a horizontal-read card that would work in it. 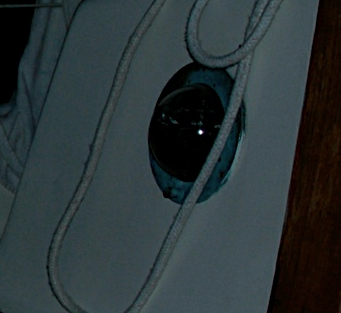 Correct - my compass is a Danforth Constellation with a bronze bezzle. I purchased it in 1991 from a ship-chandler in Houston who just had it on a shelf in-stock. I think it ran me about $400 back then. It’s in use of a new bowl, as the existing one has increasingly visible crazing. I need to start hunting for a source for that…

Thanks Aaron for the tips.

I want to install a pair of bronze compasses on Anhinga?s cockpit and I would like to have two Danforth Constellation with bronze bezels.

Unfortunately they appear to be very difficult to find nowadays.

I?ve been working with Autonautic from Barcelona to adapt to my request one of theirs models and they just sent me a prototype. I?m going to give it a try. Please see the picture attached. 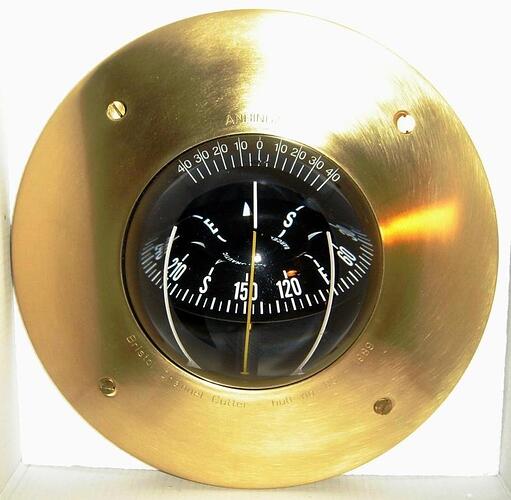 I say go with that compass - it’s much easier to read than the old Danforth model!

I like the compass, but the bronze bezel is a bit over powering on that one Luis.

Yes, probably you are right, Ben.
The idea is to make the bezel to cover all the previous holes.
I have to try it in place and see how it looks.