I write to belatedly mark the melancholy news of the deaths of two exceptional people:

Larry Fred Pardey played a small but key part in the chain of people and events that led to the creation of the Bristol Channel Cutter.

The short story, as I understand it, is Larry was skippering a chartered boat in 1960 that voyaged from the US to Mexico. In port in Mexico, Larry spotted ‘Renegade of Newport’, the boat designed by Lyle C. Hess with contributions from Hale Field.

Back in the US, Larry searched for and found Lyle C. Hess and bought the plans to Renegade. He and Lin Pardey built Seraffyn to those plans, launching her in 1968.

Larry in turn introduced Lyle to Richard Arthur, who asked Lyle to design small trailerable yachts in fibreglass. Those designs included the Balboa 20, Balboa 26, and Ensenada 20, all produced by Arthur Marine.

Those production designs and Larry and Lin’s publications contributed to Lyle C. Hess’s reputation. So when Sam L. Morse looked for a cruising boat design that would be a competitor for the Westsail 32, one of his interlocutors (Mr J Schaeffer, principal of Dreadnought Boatworks) recommended Sam contact Lyle Hess and ask about his 28 foot ‘English cutter’.

I failed yesterday to mention another contribution of Larry Pardey to Zygote and several other BCCs: the Freehand Self Steering.

Larry developed rudder trim tab and wind vane self steering for Taleisin (which he and Lin had built in 1980-82).

Late this afternoon, we were on board Z, in a work pen on the hard, undoing the nuts and bolts holding the primary sheet winches in place. Lin Pardey walked into the work pen to see how we were (one bolt left to remove on the port primary sheet winch).

We expressed our belated condolences for the loss of Larry, including on behalf of other BCC owners. I mentioned that I was late posting the news to the BCC Owners’ Forum.

Lin was standing at the stern of Z and noted the rudder trim tab of our Freehand Steering System. I confirmed that it was a product of Mike Anderson’s work. Lin briefly reminisced on the time she and Larry worked with Mike Anderson to refine the trim tab assembly so it could be used to tune out the prop wash affect when motoring ahead.

Lin said she is working through the paperwork for permission to check out of Australia and sail to New Zealand. She expects to accomplish the voyage in September. 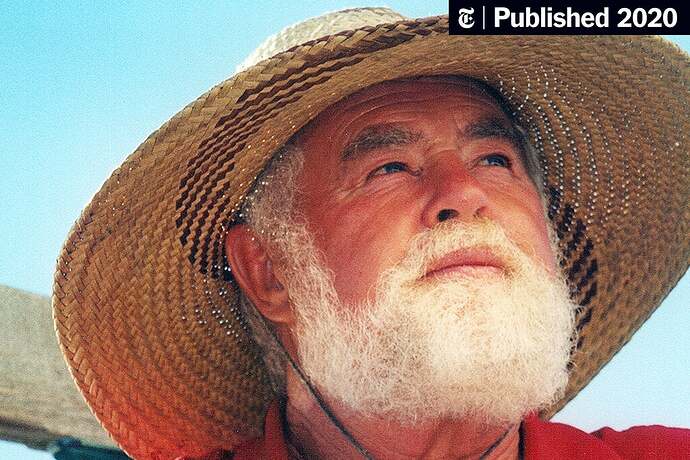 With his wife, Lin, he circumnavigated the world twice on wooden boats he had built. And they always took their time.