We have been working for some time on this project. We always felt that there should be a more traditional look to propane storage on a BCC. Well here is our attempt in doing this. The kegs were built up with sixteen white oak staves and turned on a wood lathe. West System was used and between each joint there is a spline for added strength and to keep all the parts aligned while the drum was being clamped together. The bands are felt weather stripping saturated with epoxy and bent on wet. The branding was done on a laser engraving machine. Will post more on the final install soon.
Bob & lois 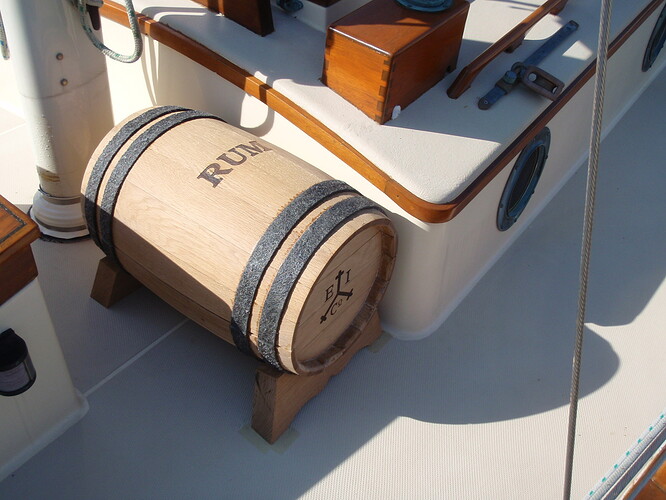 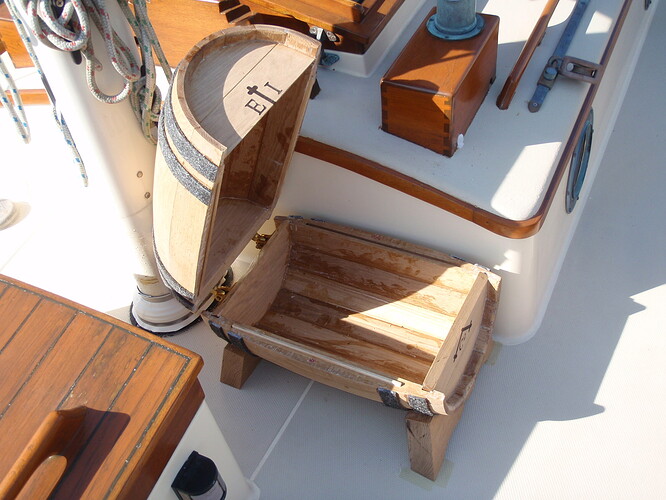 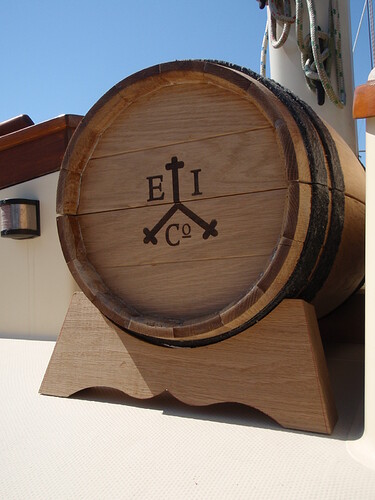 Bob, what an original idea and it looks GREAT. You mean to tell my you are going to put propane in there instead of rum???

Wow, the East India Co. “rum kegs” are beautiful, just awesome. When do we tap the rum? Hope you used FDA approved epoxy :-).

Of all the great ideas I’ve seen on this forum since I became a privileged BCC owner this has GOT to be the best. Would love to see a shot taken with more of the boat in it to show my local “yacht club” friends.

That is totaly tripped out, hats off to you two!
Jonathan

Ron,
Here are some long distant shots of the kegs. We built two, one Water and one Rum thinking that one on each side of the mast would look cool. Well, we really didn’t like the room that two of them displaced especially on the starboard side of the mast where our main halyard is so are going with one, Rum of course. Enjoy the pictures. 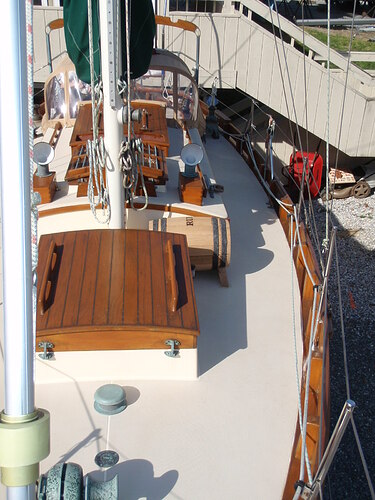 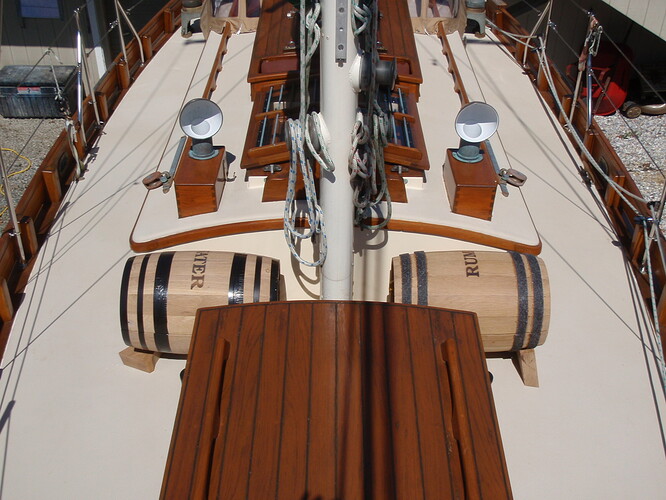 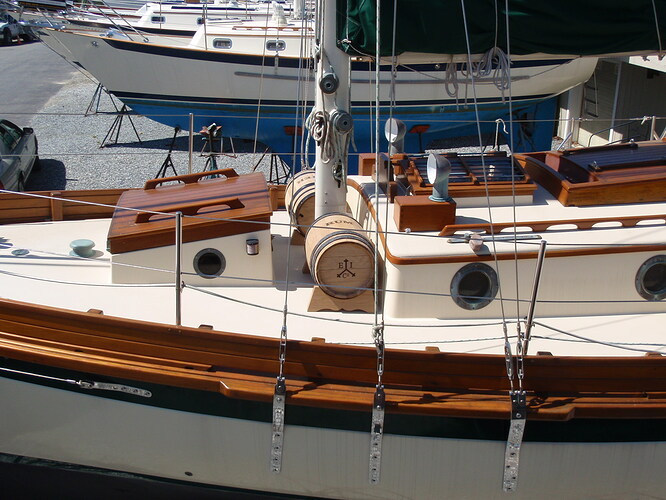 Fantastic, probably room for a quart or 2 of the good stuff by the propane bottle too. Thanks for the photos, friends here will love it.