I’m curious about others set ups beneath the bilge where the mast wires gather and connect. On Elizbeth, the set up seems rather exposed and prone to corrosion. Is this the normal set up or is mine delinquent in some way?

Seems as though the later BCC’s had many subtle improvements over time. I would like to see what the late model boats did down here and elsewhere. Any pics?

Here’s a pic of mine: 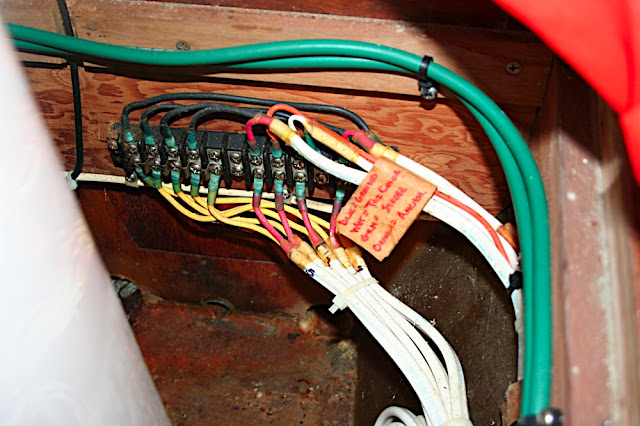 Ben,
Jolie Brise has pretty much the same set-up as your picture shows. It seems that it has always been this way and shows no problems with corrosion. I believe that it has been treated with a shot of electrical contact cleaner from time to time. So far everything works and no corrosion.
Bob & Lois

thanks for that info, good to know.

My setup is very similar (1983 BCC, hull #064). I have had no problems and no corrosion, but fortunately my bilge seems to always be dry.

Anyone with a newer model boat wanna jump in here - i’ve heard of sumthing called a “mast locker” under the sole, where there is a junction box. Can someone confirm this and show pics or description?

I have a 1990 ( no 93 ) with the same terminal connections for mast and have had no problems. Access is easy so a quick inspection is always a good idea. The only change I might suggest is to use the European style touch free terminal blocks instead of the open barrier type Bakelite blocks which are depicted in your photo. This would eliminate the possibility of shorting one location to the next by accidentally dropping a screw driver or something on the blocks.
For the most part the terminations I have seen on all BCC’s are done the way your photo illustrates…so if it aint broke…

absolutely right! if it aint broke…
I don’t know what you mean by European style touch free, but I’ll investigate. Good point about EZ visual inspection.

Ben,
I’m not sure of the touch free thing but have seen on a few boats a terminal block that has a spring like connector that you slide a wire end blade terminal into a clothspin like connector. Sort of like half of a wall outlet that you plug electric cords into.These were all closed so you could not see the inner works and could hide corrosion. If it aint broke.

On Galatea, the wiring block is in the same space as yours, but on the starboard side, i.e. the bottom right of your photo. As our knot meter impeller is on the port side of this access well, it’s easier to protect the wiring from splashes than your location would be. I have simply taped a doubled sheet of plastic food wrap over the wires to keep the very occasional splash away from the important stuff. I also coated the whole block with Boeshield T9 first. 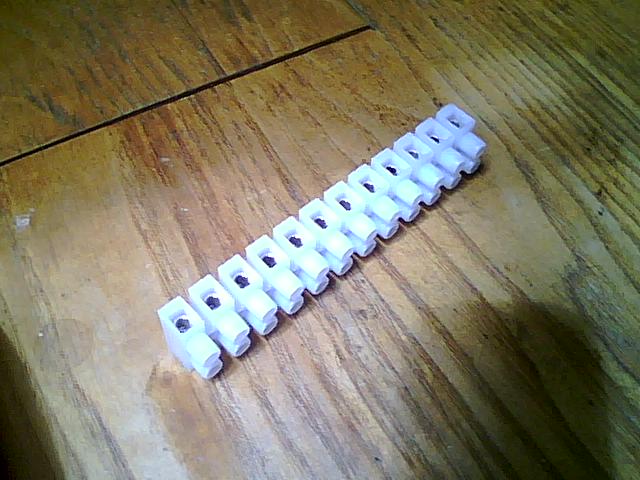 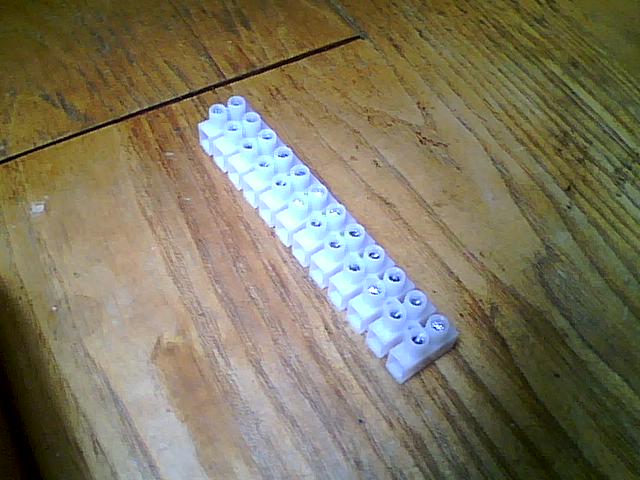 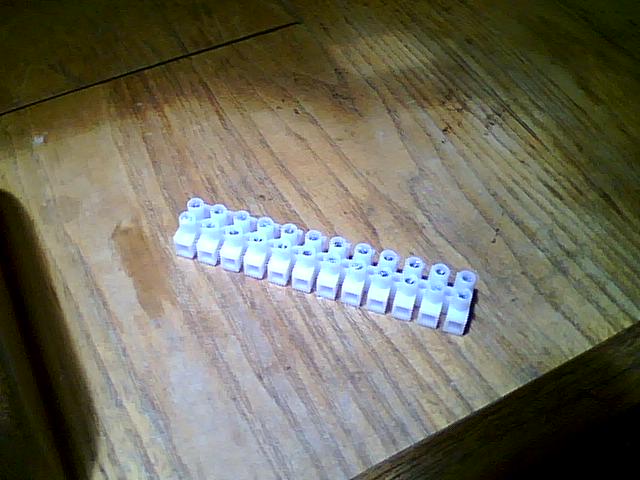 I’ve come to really like the closed, European-style terminals Rod showed. I have found, even with the tinned models, the closed structure (when in a moist place) tends to corrode quicker.

To help, I squirt a bit of dielectric grease in before my connection. I’ve had no corrosion on them since I started doing this. We own a self-service car wash and I use these inside all of the selector panels, so they live in a very moist environment (albeit fresh).

Thanks Rod and Aaron.

Aaron, you say you’ve come to like them, but also that they corrode quicker. Explain.

I use the same ones and with the treatment of grease and they haven’t corroded after two years. They are inexpensive and simple to use. The KISS principle works.

I took my mast off this winter. I did lots of work to it, including replacing all the wiring. I also improved how the wiring attaches to the boat at the mast base. Attached you will find a photo. I used Bud Enclosures BT series boxes at the base. The wiring enters the boxes using Bud’s cable glands. The two boxes to starboard are for the various lights and the hailer. The bigger box on the port is for the RADAR and the wind sensor. I purchased the parts from Mouser (an Internet electronics part supplier). I still need to add the lightening protection device to the VHF coax. 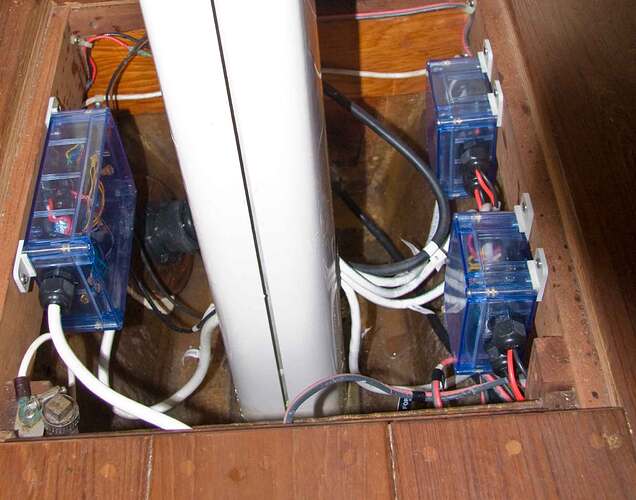