New article on the BCC28 at bluewaterboats.org

Interested in your feedback, corrections, and additions. Actually it’d be nice to include some buyers notes. Also any IMAGES we can use, would be most appreciated, we’ll credit you with them.

(any anecdotes you can put in below the article).

Hey, can someone confirm the numbers built? I think the 166 built we have in the article is wrong, it was referenced here:
http://bristolchannelcutter.com/?tag=bristol-channel-cutter

Other articles cite 125, does anyone know what the “40 Canadian” boats is about?

There were 126 built, and I understand there is another on the stocks at CapeGeorge.

The Canadians bought 2 SLM boats and put them on large lake. By the time springtime rolled around, they had 40 new boats. This was confirmed by a Mr. Loof Lirpa of the Minister of Maritime Affairs, Canada.

Call Bryon at Channel Cutter Yachts in Canadian to get the correct number. 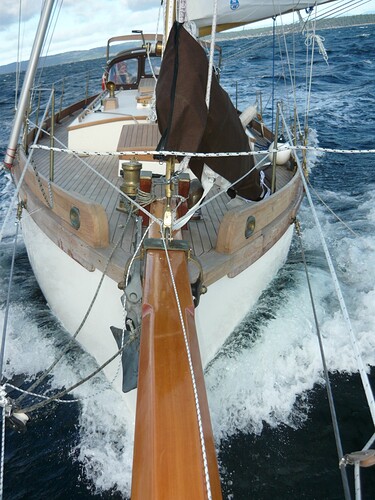 I heard that some of the Canadian-built BCCs were launched without hull identification numbers (perhaps to avoid paying royalties to Sam L Morse Co.?) which, if true, there may not be any record as to how many were actually built.

Do any CCY BCCs have HIDs? They were not required
in Canada at that time.

By the time springtime rolled around, they had 40 new boats.

Winters in Canada are long, but not that long.

Please read the name of Minister of Marine Affairs backward.

This discussion about HIN and royalties was covered in prior posts about two years ago. This crap reminds me of “my boat is better than yours because it is a SLM boat” and not a Canadian boat. If you must know, Lynn Pardey told me the Canadian boats were built better than the SLM boats. Maybe, maybe not, it makes no difference to me. The key to any boat is a good maintenance program.

Please read the name of Minister of Marine Affairs
backward.

Back to something related to the topic… There was a recent Cruising World article about one of the guys who built the CCY version of the BCC and who is now building the Falmouth Cutter 34 – Bryan Gittins:
http://www.cruisingworld.com/sailboats/boat-reviews/a-sea-gaucho-and-his-falmouth-cutter-34

Back to something related to the topic… There
was a recent Cruising World article about one of
the guys who built the CCY version of the BCC and
who is now building the Falmouth Cutter 34 –
Bryan Gittins:

I see the link shows up on the web but not in the e-mail.
I probably put brackets around it and should not have done that. 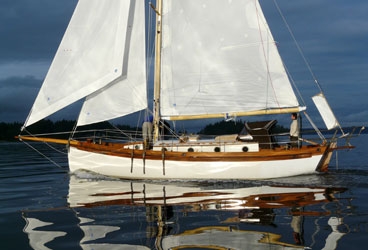 A Sea Gaucho and his Falmouth Cutter 34

After sailing the globe aboard his Bristol Channel Cutter, a craftsman settles down in Canada to build the "best" design of Lyle Hess. From "Yachtstyle" from our September 2010 issue

Does anyone have Byron’s contacts then? I’ve already emailed the current Channel Cutter Yachts.

So the best estimate so far here is Rod’s hull#14 at a minimum and probably about 20 hulls.