ventilation of Laz and air for the diesel

I note that for some BCC’s there is a mushroom vent for the laz, can anyone advise whether this can be used under way, (it is generally not on a dorade) my concern is that it may interfere with the activity of the sheets and so on in this area.

I have reefer condenser in the laz it would be nice to let it breathe! If a mushroom is not a good solution how is the laz vented.

The other question is air for the diesel, they say its important! I note in the plans there are a couple of clam vents on the side walls of the cockpit and wondered whether this supplied the air for the engine.

If not, where does the air come from, for the engine.

In my installation the engine compartment is well insulated (sound and air) from firstly the salon and secondly from the quarter berth. It would be nice to build in the air supply at this stage. So any feedback would be appreciated.

One last issue is the cockpit locker port side. My locker is open to the engine space at this time but my plan is to close off ultimately with perhaps a removable floor/wall panel for future access as necessary. Is this locker generally closed off in the sam l morse finished boats?

Iduna is fitted with a bronze mushroom vent (circa 1930) on the starboard side of the lazerette and a cowl vent (no dorade box) on the port side of the lazerette. I will eventually build and install a “knock-out” pot beneath the cowl vent and on the underside of the deck. This will be fitted with a small drain hole leading through the transom. Both vents are fitted near the taffrail and do not extend above the taffrail, hence do not foul the main sheet - see photo.

I like the idea of closing off the port cockpit locker with a removable panel. 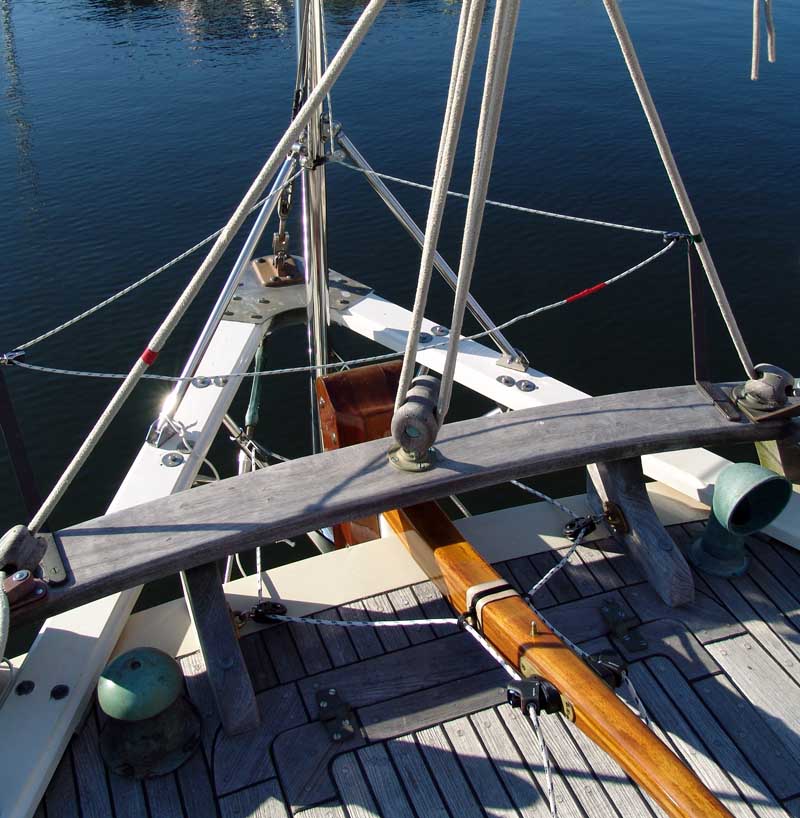 The picture speaks a thousand words Rod, I like the way its tucked in there, thanks for the response and the news that it doesn’t snag anything.

My BCC had a cowl just aft of my sheet winches (see picture) on the starboard side which I didn’t like so I closed it up. I plan on doing just about the same thing as Iduna for ventilation.

On another note, I am currently in the process of building my starboard lazarette. I thought it would be important to make future engine access possible by building the floor and the wall in a way that made their removal easer later. The wall that separates the engine from the laz will have some air holes drilled into it to allow for air to reach the engine compartment from the cowl I plan on installing just forward of the taffrail like Iduna.

The floor and wall are each 2 piece parts that separate down the center and when installed are screwed together via set of cleat stock attached to 1 of the halves. Each side is independently coated in 3 coats of epoxy and then painted. They can be removed through the lazarette. I don’t have any pictures right now but could get them for you soon. 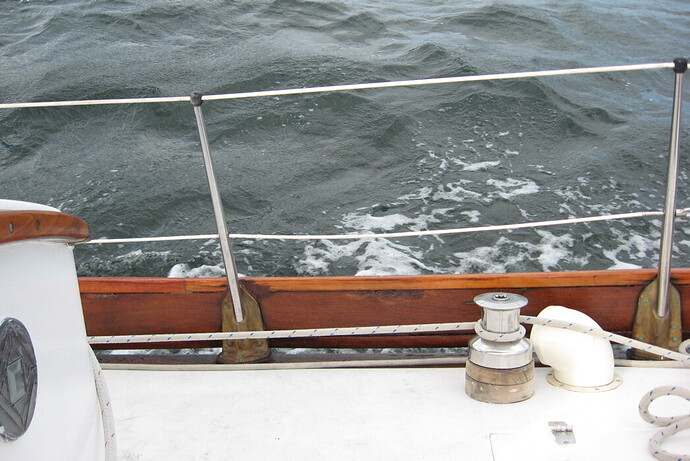 Got some pictures of the lazarette set up uploaded to my Picasaweb site.

Pictures toward the bottom of the page.
http://picasaweb.google.com/Idon84/CosmicDancerRebuildYear2#

Bryon you doing the job, I guess there have been a few man hours spent already with a few more to go. Thanks for the pics they always give me pause for thought and consideration, it will be well worth it when its finished.

Takes time for sure. Good luck figuring out what you are going to do.