Who makes/made this winch?

I’m looking to swap out all my two-speed winches for self-tailing ones. In my research, I came across this image (link below) grabbed from a Pardey video. I’m curious and doubt they’re still being made. Can anyone identify the manufacturer or a supplier? 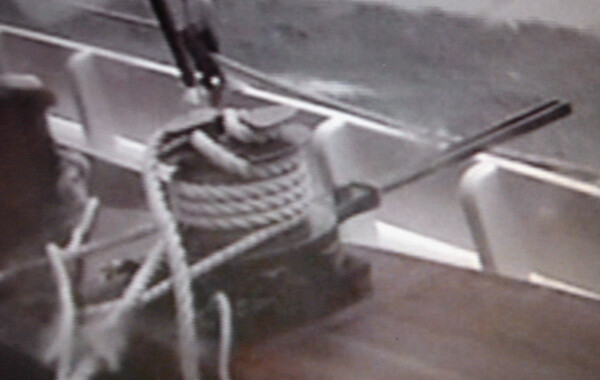 That winch looks vaguely familiar , could it be an older style, “Murry” (sp-?) winch from N Z ?

The wench in qustion is a Murray bottom winch. All haylard winches are Murray as are the staysail winches. The winches for the jib sheets are Barients two speeds.

It takes a while to get use to the Murray winches but we would not trade them for modern winches.

Yes, as Douglas and Rod said, that’s a Murray bottom-handle winch from the Cleveco/Murray line of winches. I’ve always assumed that Larry discovered them in New Zealand.

The manufacturer is White Star Products Ltd, in NZ. They also make Fynspray galley fittings. NZ has a high yacht/population ratio and also a tradition of boutique manufacturers of goodies for boats; some of those manufacturers have made it to the global scene.

The manufacturer’s website, which also lists distributors in other economies, is http://www.whitestarproducts.co.nz/.

Bil (with edits to remove typos)

Thanks to everyone for replying and to Bill for the link. I received a price list and they seem competitively priced.

Rod, the Murrays’ are certainly handsome on your cabin top. Are those M4s? Are they fully or partially self-tailing? What is it about these winches that makes you say you wouldn’t trade them?

The Murray winches are simple, bullet proof and good looking. I do not know the model numbers of the Murray’s we have on the boat. They are not self-tailing, although one can trim a sheet about one turn without uncleating the line from the winch top.